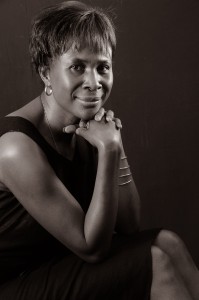 Susan Wakhungu-Githuku was born in Bungoma, in Western Kenya, the second of five children to Mathew Sarapayi and Grace Awori Wakhungu.

Susan and her family lived in Western Kenya, then Uganda before moving to Nairobi in 1971. Gen. Idi Amin’s military coup d’etat found them in Kampala.

As a youngster, Susan attended St George’s Primary School and the Loreto Convent Valley Road where she was introduced to lawn tennis by Sister Carmel and coached by Anne Greenwell.

Later she joined Loreto Convent Msongari for her A-Levels where tennis continued to be a big part of her life. Susan became a keen player and represented Kenya at the Third All Africa Games in Algeria in 1978 and later at the Fourth All Africa Games in Nairobi 1987. She also played at Junior Wimbledon in 1978 and the World University Games in Mexico in 1979.

Susan was severally ranked Number 1 in the country as was her younger sister Judi who followed in her footsteps in playing the game. Judi is currently a Minister in the Government of Kenya.

The two sisters were steeped in the discipline and commitment that are essential to success at sports and have held on to the ethos. “We believe in the power of setting high standards and working hard,” Susan points out.

She attended St Lawrence University in up-state New York on a tennis scholarship and joined the Varsity team. She majored in Economics and Psychology and has always had an interest in human behaviour as well as a fascination with why some countries develop while others lag behind.

As St Lawrence University was a Liberal Arts college, she enjoyed learning several eclectic subjects and took courses in Philosophy, Religion and Journalism alongside her core subjects. She has always had broad and varied interests.

Susan has been blessed with a good education and holds a Master’s degree in Development Economics which she obtained in 1986 from Strathclyde University in Scotland on a British Council scholarship.

“I boast that I have studied on three continents, which is a fact,” Susan points out. “Now and then I contemplate embarking on doctoral studies and may consider doing that on a fourth continent. Why not?”

As a professional, Susan started her career in the Government of Kenya working as a Planning Officer/ Economist in the Ministry of Planning and Economic Development. She was lucky to work alongside some of the very brilliant minds of the time including the late Minster Robert John Ouko and Prof. Terry Ryan.

When she left the Public Sector after four good and eventful years, she segued to the Development Sector and had the privilege to work with USAID-Training for Development; Care International and the African Economic Research Consortium, the factory of many noted economists in sub-Sahara Africa.

In early 2000, Susan moved to the private sector and for almost ten years worked for Coca-Cola on the human capital management side. “It was a joy to work within a global environment that embraced best practices,” Susan says. “I learned and grew tremendously.”

In 2009, she embarked on what she termed her ‘next chapter’ and embraced entrepreneurship.

Today, Susan is the proud founder and Lead Consultant at Human Performance Dynamics Africa, which is a boutique human capital advisory firm that supports individuals, teams and organizations in fulfilling their potential.

She is also the proud founder and Creative Director of Footprints Press Ltd which is a publishing house that seeks to celebrate excellence amongst people in Africa and to weave and showcase a different narrative of the contemporary African. She is also an author and has written over eight pioneering coffee table books that are viewed as unique collectibles.

Susan was recently widowed. She married her soul-mate whom she met in Algeria during the All Africa Games. He was representing Kenya in swimming and also went on to play competitive rugby and, later, golf. A true sportsman.

They married in 1986 and were blessed with two wonderful children who are now grown up. Tony transitioned in 2014 but his memory lives deeply on.

Susan’s life motto is ‘carpe diem’, seize the day and move gently in the direction of your dreams.