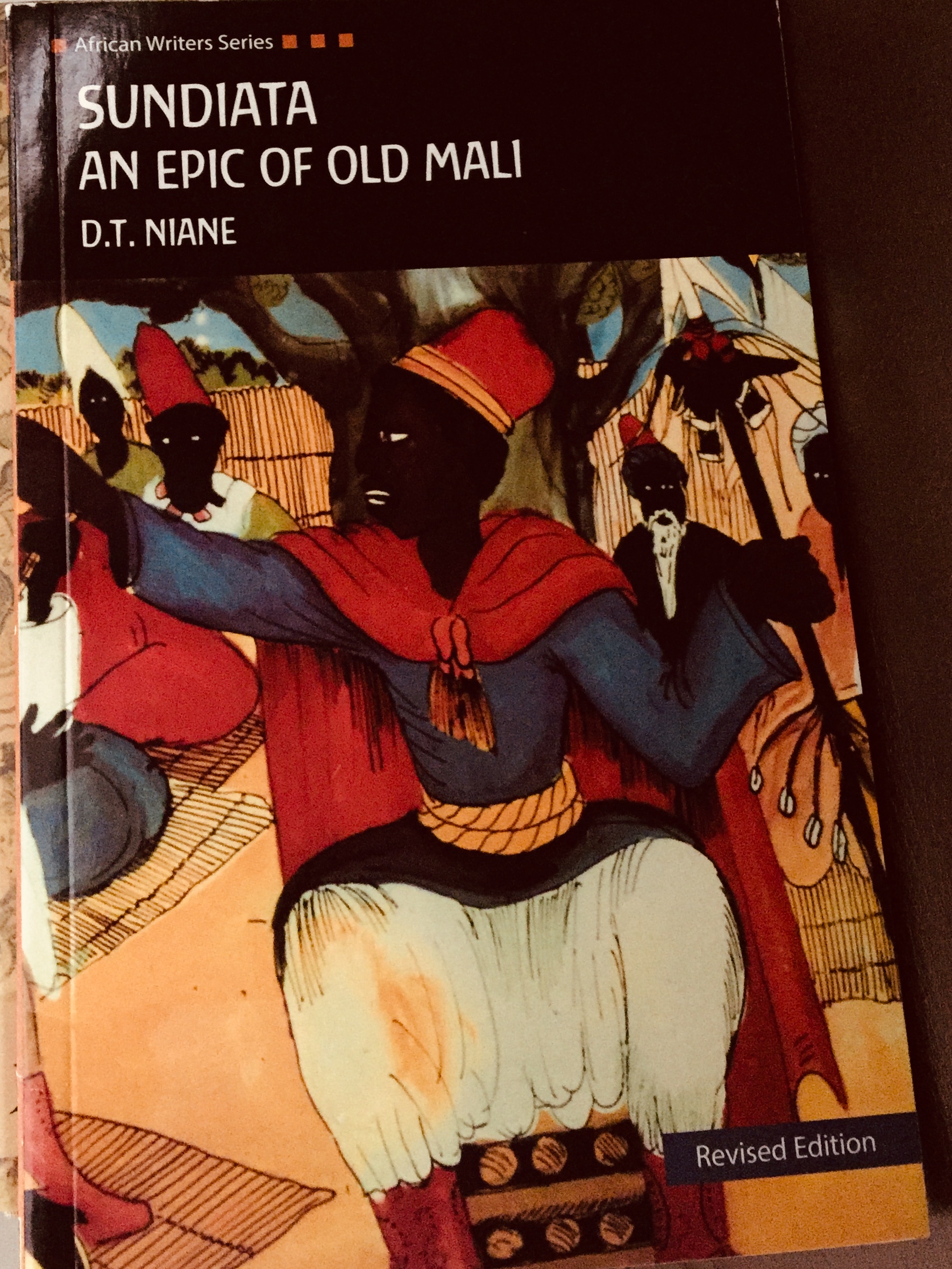 This is the English translation (by G.D. Pickett) of D.T. Niane’s part history/part legend of Sundiata Keita, the thirteenth century founder of the Great Empire of Mali, and great uncle of the famous Mansa Musa. It is a short but very captivating story, only 84 pages long.

This is classic story telling from a very distant past, which has come down the ages through the oral tradition, perhaps embellished and sweeten by the griots and other sages of Mali, until Niane put pen to paper and published this book in French in 1960.

The author acknowledges in the preface that “this book is primarily the work of an obscure griot from the village of Djeliba Koro in the circumscription of Siguiri in Guinea. I owe everything to him.” Niane adds later: “I am nothing more than a translator…”

One imagines listening to a griot recount this story by the fireplace. The language is highly accessible. We read: “Sogolon’s son was now ten. The name Sogolon Djarta in the rapid Mandingo language became Sundiata or Sondjata. He was a lad full of strength; his arms had the strength of ten and his biceps inspired fear in his companions. He had already that authoritative way of speaking which belongs to those who are destined to command.”

Perhaps a little music between the chapters, with laughter punctuating the proceedings, the story teller, now in full flight, taking us through delightful passages upon passages that bring old Africa alive. Like this one: “We are now coming to the great moments in the life of Sundiata. The exile will end and another sun will arise. It is the sun of Sundiata. Griots know the history of kings and kingdoms and that is why they are the best counsellors of kings. Every king wants to have a singer to perpetuate his memory, for it is the griot who rescues the memories of kings from oblivion, as men have short memories.

“Kings have prescribed destinies just like men, and seers who probe the future know it. They have knowledge of the future, whereas we griots are depositories of the knowledge of the past. But whoever knows the history of a country can read its future. Other peoples use writing to record the past, but this invention has killed the faculty of memory among them. They do not feel the past any more, for writing lacks the warmth of the human voice.With them everybody thinks he knows, whereas learning should be a secret. The prophets did not write and their words have been all the more vivid as a result. What paltry learning is that which is congealed in dumb books!

“I, Djeli Mamoudou Kouyate, am the result of a long tradition. For generations we have passed on the history of kings from father to son. The narrative was passed on to me without alteration and I deliver it without alteration, for I received it free from all untruth. Listen now to the story of Sundiata, the Na’Kamma, the man who had a mission to accomplish.”

This is history told the African way, the way we learnt our past sitting by the Fireplace, drinking from wells of knowledge and wisdom that had been passed on to our grandparents, our uncles and our aunts.

One reads priceless gems of wisdom, told by the Djeli (griot), such as these:

“The silk-cotton tree emerges from a tiny seed.”

“Modesty is the portion of the average man, but superior men are ignorant of humility.”

“The day you are fortunate is also the day when you are the most unfortunate, for in good fortune you cannot imagine what suffering is.”