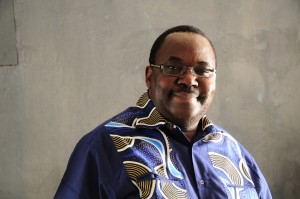 IMO is a UN Specialized Agency with the global mandate for maritime safety, security, facilitation of trade and marine environment protection.

Juvenal graduated with a Bachelor of Science with Honours degree in Naval Architecture and Shipbuilding from the University of Newcastle Upon Tyne, UK in 1983 and with a Masters degree in Maritime Safety Administration (Marine Engineering) from the World Maritime University, Sweden, in 1986. He is an alumnus of the Ashridge Business School, UK and has also attended many management and Leadership development courses.

Prior to joining IMO in 1998, Juvenal worked for  African Marine and General Engineering Company Limited, Mombasa, Kenya, the largest Shipyard on the East African Coast where he rose through the ranks in the shipbuilding and ship repairing industry to the level of General Manager.

He had previously worked for Kenya Ports Authority as Assistant Merchant Shipping Superintendent. Between 1990 and 1996, he was also a registered consultant in the maritime sector to a number of UN agencies as well as the World Bank. He carried out a number of technical advisory and assistance consultancy missions in different countries to assess, inter alia, physical facilities (Ports, Ships, Navigation Aids and Human Resources), maritime safety, port concessioning, privatization and financing, training, regulations and marine pollution challenges.

Juvenal has worked closely and maintained contacts with the Ministries responsible for Transport, the Port Management Associations and related regional organizations in Africa and is credited with the general improvement of the maritime sector in Africa towards meeting international standards and requirements. He  has over 25 years of international and diplomatic experience in all aspects of the maritime sector as well as in managing and implementing change and development cooperation programmes in the commercial and public sectors.

He was also involved in the initial formulation of the concept paper and action plan for the Lamu Port and South Sudan Ethiopia Transport (LAPSSET) Corridor project, a US$26 billion infrastructure project.

Juvenal has authored and contributed to numerous articles and publications, and resourced at several international conferences and seminars, on topics dealing with the maritime sector as well as on policies and investments in the maritime transport sector. He has also appeared as a key Expert Witness to a number of Formal Commissions of Inquiry and in courts involving maritime accidents.

He is a Trustee of the Apostleship of the Sea (Great Britain), member of the Honourable Company of Master Mariners, Deputy Chairman of The Kenya Society (UK), and a member of many other professional institutions in the maritime sector.

He was the African Union’s endorsed candidate for the June 2015 elections to the post of Secretary-General of IMO. Whereas he was not the successful candidate for that position, the campaign offered him opportunities to travel and meet with key figures in many countries, an experience that enriched his knowledge and perception of the world.