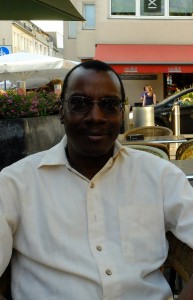 Quoting Kenyan historian Kihumbu Thairu, Sam says: “I received my basic education from my parents and the elders of my homeland, who taught me our language and the code of conduct of African manhood”.

He studied medicine at Makerere University where he was awarded the degree of MB ChB in 1977. He arrived in New York City in 1980 to embark on graduate training in surgery. He is a Board Certified Surgeon and a Fellow of the American College of Surgeons. He also holds a Master of Science degree from the University of London.

Outside the operating room and surgical intensive care unit, Sam serves the Ugandan community as a Board Member of Gwanga Mujje of New York/New Jersey; Board Member of Buganda Trust; Mutaka, Head of Kinagiro Mutuba of Clan Nakinsige.  He was the Keynote speaker at the Year 2000 Annual Convention of the Ugandan North American Association. He was also the keynote speaker at the Association of Surgeons of Uganda’s annual meeting in 2005.

An avid reader, Sam is a student of African history. He is also a serious photographer with an impressive knack for capturing that most difficult subject: birds.

Sam and his wife Edith have four sons. They live in New York City.