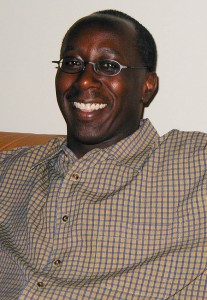 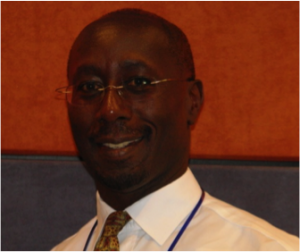 Philip Odera, the Chief Executive, CfC Stanbic Kenya is a 21st century leader and a frequent speaker in the area of Leadership Development and Strategy Implementation.

Born near the lakeside city of Kisumu, Kenya, Philip  started his formal education at St. George’s Primary School, Nairobi, where he served as Head Prefect. He was a Valedictorian even then. He received his high school education at Lenana School in Nairobi, whose motto, “Nothing But The Best,” the young Philip was destined to fulfill.

He was admitted to St. Lawrence University, New York, USA where he obtained a degree in Economics in 1980. This was followed in 1985 by an MBA in Finance obtained from Suffolk University in Boston.

Following graduate school, Philip was recruited by Citibank in Kenya and rose rapidly through the ranks to become Vice President and Country Corporate Officer for Citibank Congo on the eve of his 40th birthday.

He was subsequently recruited by the Standard Bank of South Africa where he has served as Country Head and Managing Director in Kenya, Malawi and Uganda. He has also been based in, or covered assignments in the Democratic Republic of Congo, Nigeria, Pakistan, Malaysia and Singapore.

He successfully transformed failing banks in two of the countries where he served, turning them into highly profitable market leaders within a short period.

As Chief Executive, CfC Stanbic Kenya, Philip has presided over the transformation of a USD 1.5 Billion business from a strong niche to a nationally relevant bank.

Prior to returning to Kenya in March 2015, Philip was the Managing Director, Stanbic Bank Uganda for seven years during which he led a USD 800 million asset based business to maintain market dominance and kept a staff of 1,400 suitably challenged and motivated.

Throughout his many years in the banking industry Philip has been involved in designing leadership programs and implementing entrepreneurial models for diverse clientele, as well as numerous international speaking engagements.

In sustaining his edge and remaining current, Philip has attended several leadership programs over the years including the Program on Sustainable Development  at Cambridge University; Standard Bank Executive Leadership Program at Duke University; Making Markets Work  at the Gordon Institute of Business/Harvard University and the Senior Executive Program  at the London Business School.

Given his diverse cultural exposure, Philip is frequently asked to speak about and address the concern for effective leadership in today’s organisation, particularly given the cross generational and technological conflicts that abound in rapidly changing economies.

Of late, and given the recent global economic turmoil, Philip has increasingly been asked to speak about leadership and innovation in dynamic organisations.

A one-on-one conversation with Philip always leaves one eager to learn more from one of the brightest minds on the continent. An avid reader, Philip has the gift of reducing concepts to their essentials and helping one to make sense of what appears complex.

Away from the boardrooms and speaking engaments, Philip is a successful farmer and an avid listener to great music, including classic Jazz and European classical music.  He lives in Nairobi with his wife and two daughters.