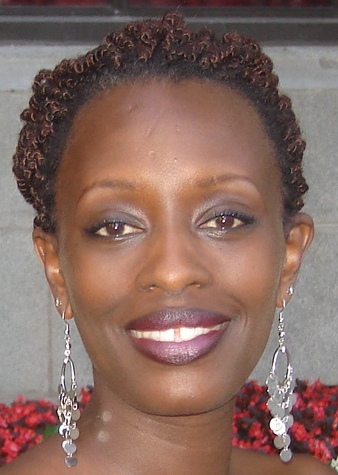 Ky’okusinga Kirunga is the Manager of Monitoring and Evaluation for the Stephen Lewis Foundation (SLF), a Canadian organization that works with community-level organizations that are engaged in the fight against the ravages of HIV/AIDS in Africa.

From a very tender age, Ky’okusinga was passionate about remedying injustices and was interested in the rights of the marginalized and vulnerable.  Today, she is an avowed social justice advocate, dedicating her professional and paraprofessional life to this cause.

Clearly the SLF is a natural fit for Ky’okusinga, for she espouses and practices the values that that organization has championed since its inception in 2003. The Financial Post listed the SLF in its Charities of the Year for 2015. These are organizations which, “in addition to doing virtuous work, also met our highest standards for accountability, financial transparency and the efficient use of donations.” That Ky’okusinga was part of the leadership team that was honored by this exacting newspaper was a source of pride for one who has known her since she was a young girl.

Ky’okusinga also spends much of her volunteer time championing access to quality education for girls in ‘developing countries’, partially through her work with 60 Million Girls – a public foundation established in 2006 with the objective of financially supporting at least two major education projects annually in developing countries with the greatest gender disparity in school enrolment.

Ky’okusinga is also an active Board Member of Mburara International School and is dedicated to ensuring that the legacy of excellent standards and social justice through education built by her mother continues to grow and bloom – at Mburara, in Mbarara and in Uganda.

Ky’okusinga is an avid reader and a music lover.  She is insatiably curious and her thirst for knowledge is an important driver in her life.  She believes in the transformative potential of storytelling – both by telling one’s own story and also by listening to others’ stories.

She is an African and an Africanist.  She is a proud Canadian and a citizen of the world.  She is fluently tri-lingual: Runkyankore, English, French. Ky’okusinga has a degree in Languages from the University of Toronto, a certificate in Communications from McGill University, and is currently a candidate for a Masters in Public Policy and Administration from Concordia University in Montreal.

She has been with the Stephen Lewis Foundation for close to nine years.  Before joining SLF, Ky’okusinga spent over three years as the Senior Communications Officer for the Canadian Broadcasting Corporation.

Ky’okusinga was born in Uganda and has lived in Kenya, Lesotho and Canada, with brief stints in Senegal and in Paris!  She and her daughter live in Toronto.