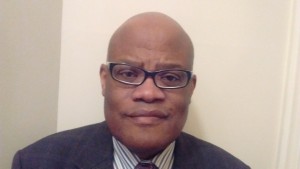 Steve Kayizzi-Mugerwa is a Visiting Fellow at Cornell University and Adjunct Professor at the University of Cape Town. He has also been a Visiting Scholar at New York University. Before that he was Acting Chief Economist and Vice President at the Africa Development Bank until the end of 2015, supervising the Economics Vice Presidency, comprising the Departments of Research, Statistics and Capacity Building.

At the AfDB, where he spent over 8 years, Dr. Kayizzi-Mugerwa was also, respectively, Director of Strategy and Policy, Director of Operations for East Africa, and Director of the Development Research Department. For a few months in 2009 he headed the Bank’s Extended Mission to Zimbabwe, which initiated the country’s reengagement with the Bank.

In operations, he oversaw a number of projects, including energy infrastructure and regional integration projects, for example the East African power pool.

Steve was Fellow and Project Director at the World Institute for Development Economics Research of the UN University based in Helsinki, working on institutional capabilities in Africa during 2000-2001. He then spent six years as Senior Economist at the IMF in Washington DC.

Steve holds a PhD from the University of Gothenburg in Sweden, where he also became an Associate Professor in 1994. While there, he undertook collaborative research with many African Universities, including Makerere, Nairobi, Dar es Salaam, Zambia, Zimbabwe and Cape Town. He has been examiner for doctoral dissertations for Gothenburg, Handelshogskolan Stockholm, Lund, Dar es Salaam and Cape Town. He also undertook consultancy and advisory work for the Swedish International Development Agency.

He has published widely in peer-reviewed journals and books on economic development topics. His recent publication is a co-edited volume “Urbanization and Socio-economic Development in Africa” by Routledge, London.

He was born and raised in Uganda and undertook his basic schooling there. His earliest boast is that he contributed to changing Mengo Girls School to Mengo Primary School by joining the latter in P.7 in the 1960s with a number of other boys when Mrs. Gladys Wambuzi was Headmistress.