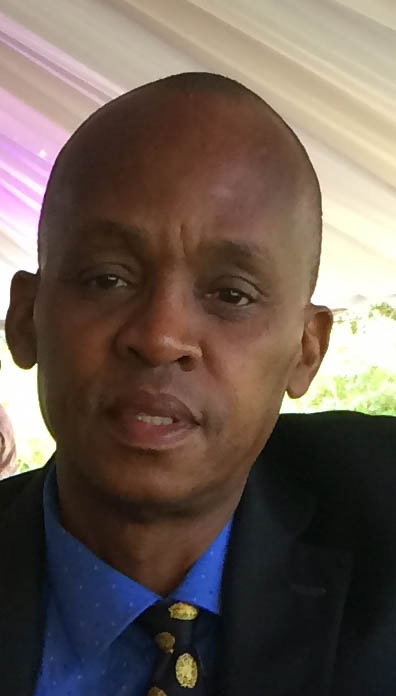 Herbert Rheno Karugaba is a Munyakigyezi lawyer who was born 61 years ago at Masindi Hospital, in the great Bunyoro-Kitara Kingdom during the reign of His Majesty Sir Tito Winyi IV Gafabusa, the son of the Mighty King Kabalega.

Mr Kifaku was then serving as a Warden at Masindi Government Prison. By the time Uganda gained flag Independence in 1962, Mr. Kifaku had been transferred to Luzira Maximum Security Prison, Kampala. He was now working in the Prisons Records Office. The family was living in the then very clean and comfortable Luzira Prison Barracks.

One Sunday afternoon, while Mr. Kifaku was resting in his bedroom, he overheard Karugaba and his siblings (Joy Mirembe, Richard Mugyenzi and little sister Hope Kikanshemeza) playing with other little kids from the neighbourhood. His children were gaily chattering away in a mixture of Kiswahili, Luo, Lugbara, Alur and one or two other ethnic languages from Eastern Uganda.

Mr Kifaku was the strong silent African father, so the fate of Karugaba and his siblings was sealed that Sunday afternoon. The following evening, the kids and their mother were loaded into a shiny Prisons Land Rover and driven to the Uganda Transport Company (UTC) bus park in Kampala. There the family was loaded on to a gleaming UTC Leyland night bus to Rukungiri, Rujumbura.

Karugaba was trained at the Tanzania Police College, graduating as a Gazetted Officer in 1980, and worked in the Uganda Police Force for several years. He received wide training and experience in policing (investigations & security operations) at national and international levels.

He is fluent in English and Kiswahili. He is also an enrolled Advocate of the High Court of Uganda, and a member of both the Uganda Law Society and the East African Law Society.

From Feb 1999, Karugaba worked as a UN Investigator for the UN-ICTR in both Rwanda and Tanzania for 9 years. His work involved the investigation of genocide, crimes against humanity, war crimes, massive Sexual and Gender Based Violence (SGBV) cases that occurred during the Rwandan Genocide of 1994.

He then moved to Sudan where he worked as Senior Programme Specialist for the UNDP Governance and Rule of Law Unit on a training project for the reform and restructuring of the Government of Sudan (GoS) Police.

He also worked as a UN Investigator for the UNAKRT in Cambodia (Khmer Rouge Trials). His last UN appointment was as a Police Planning Officer in the Police Division of the Office of the Rule Of Law and Security Institutions/Department of Peacekeeping Operations in New York City.

He was a member of the Integrated Taskforce for Somalia and Adviser to the Technical Committee on Sexual and Gender Based Violence Training Modules for the Police Division. From April 2015 to January 2016, Karugaba worked as the Human Counter-Trafficking Expert for IOM-MIDA Project in Puntland, Somalia.

Karugaba is very conversant with the geo-political and security issues of the Great Lakes and Horn of Africa Regions. He has wide experience of international best practices in the Rule of Law Sector, key international policy processes and frameworks related to SGBV prevention, human rights, international tribunals, protection and response.

Karugaba is a widower, blessed with two sons and a daughter.  In addition to his passion for the geopolitics of the Great Lakes and Horn of Africa Regions, he enjoys reading a lot about international criminal Jurisprudence. He also enjoys cross-country hiking.

Herbert has dedicated his life to the pursuit and advancement of justice. He is my kind of person.