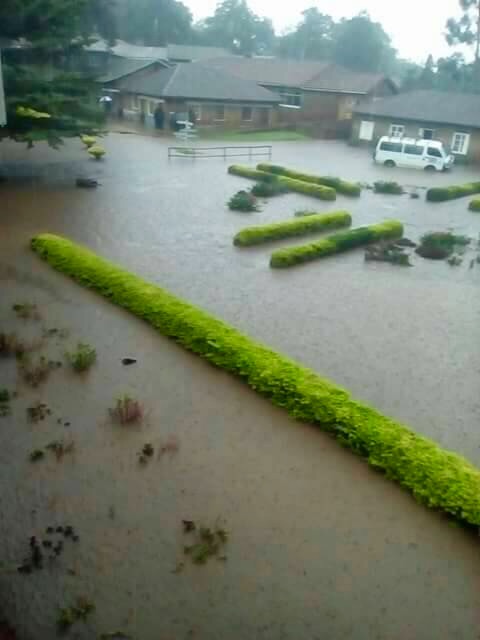 The Atlantic Ocean is angry. Hurricane Harvey, a devastating tropical cyclone, has left Houston and other Southern Texas communities disabled by floods. Seventy people are dead. $180 billion in damage.

Then Hurricane Irma. An even more savage tropical cyclone that has swept across the Caribbean like a broom, toppling 80 to 90 percent of humanity’s handiwork on some of the islands, tranquil holiday paradises the other day.

The death toll in the Caribbean alone stands at 25, with more expected in the United States before the storm takes its violent bow. It now roars north-east, leaving millions without power, and debris strewn along its destructive path. The dollar cost is unknown at the moment, but it will perhaps exceed $100 billion.

Hurricane Katia, a little more timid than her siblings, slammed into Mexico, partnering with an earthquake to terrorize that nation. At least 90 dead and enormous property loss incurred.

Hurricane Jose, still far out in the Atlantic, coming up the rear, a supporting act that has struck fear in the hearts of the already homeless Caribbean islanders. Happily, as I write, Jose may have changed his mind and headed north over the ocean, but reserving his right to turn westward and cause more havoc to coastal America.

As our eyes were glued onto images of Hurricane Irma’s devilish dance of destruction late last week, predictable rain descended on Rukiga District, away from the television cameras. After just three hours of torrential rain, huge muddy rivers, locally known as Gongo cascaded down the denuded hillsides into the valleys, sweeping all in their path with a ferocity that only nature can muster. (Please click on video link below. Unknown videographer.)

People’s homes were destroyed, their domestic animals killed and banana plantations flattened. Many of the poor were left poorer. Worst of all, Gideon Naabaasa, an 8-year-old primary one boy was swept to his death by the fast flowing floods. My heart goes out to his family.

Further north, Kisiizi Hospital, the best health facility in the region, is under water. (See photo above; unknown photographer.) The floods have turned the patient units into treacherous places. The patients have been evacuated and we keep our fingers crossed, hoping for no loss of life. However, the contamination and spread of disease will add a huge burden to an overstretched population.

Earlier in the week, landslides had given another encore in Bududa, Bugisu, with predictable devastation, including death of people.

The loss of even one life is a dreadful event, especially for the families and friends of the victims. The disruption of people’s lives and destruction of public and private property leaves individuals and communities with pain that lasts many years.

Yet the death toll in countries like the United States, and even some of the Caribbean islands, is lower than it could have been. Worse catastrophe is mitigated by a disaster preparedness born of purposeful integrated response planning, rehearsals, and lessons learnt from previous hurricanes and other natural calamities.

Fortunately, all natural disasters are predictable. The two things we are sure about these disasters is that they will happen and they can happen at any time. This makes it necessary and possible to prepare for and mitigate their impact on the people in the affected areas.

Accurate prediction of natural disasters is not confined to the economically advanced regions of the world.  Meteorologists in Uganda, for example, can predict heavy rains that may cause severe flooding and landslides in the mountainous areas of Bugisu and Kigyezi.

Last week’s disaster invites the leaders and citizens of Rukiga to examine the environmental causes of these landslides and floods, and factors that enhanced the impact on the community, including the death of young Naabaasa. What must be done to prevent a recurrence? What will you do when, not if, the angry heavens unleash another super-heavy downpour with its potential for mass destruction?

Those naked hills urgently need a tree cover and other rich vegetation. A tree planting day by all able-bodied residents every month should become a ritual that attracts more passion and participation than do social gatherings like weddings and funerals.

Restoration of swamps and other marshlands to their pre-1970s state should be considers a matter of national security. Notwithstanding the political implications and the potentially massive  cost of compensating those whose families privatised these swamps, the central government of Uganda must not shy away from doing what is right for posterity.

Fervent prayers and fasting for divine intervention will not solve a problem that has been caused by human greed and negligence. God gave us His beautiful planet to use during our brief sojourn on Earth. We, in our folly, have accelerated the abuse and misuse of our environment, with predictable consequences. To turn around and pray to God to fix our mess is to invite a double dose of His wrath.

Prevention of these disasters, well-rehearsed response plans and an audit of past experiences and responses must be critical components of any district’s functional plan.

One key intervention is mass education about environment management and disaster prevention. Exploration of alternative sources of fuel and evidence-based scientific land management should be part of an immediate agenda to reverse the progressive destruction of what we inherited from our ancestors.

Disaster preparedness is not a glamorous endeavour. However, the human lives saved and economic benefits to the community are worth the effort and political risk.