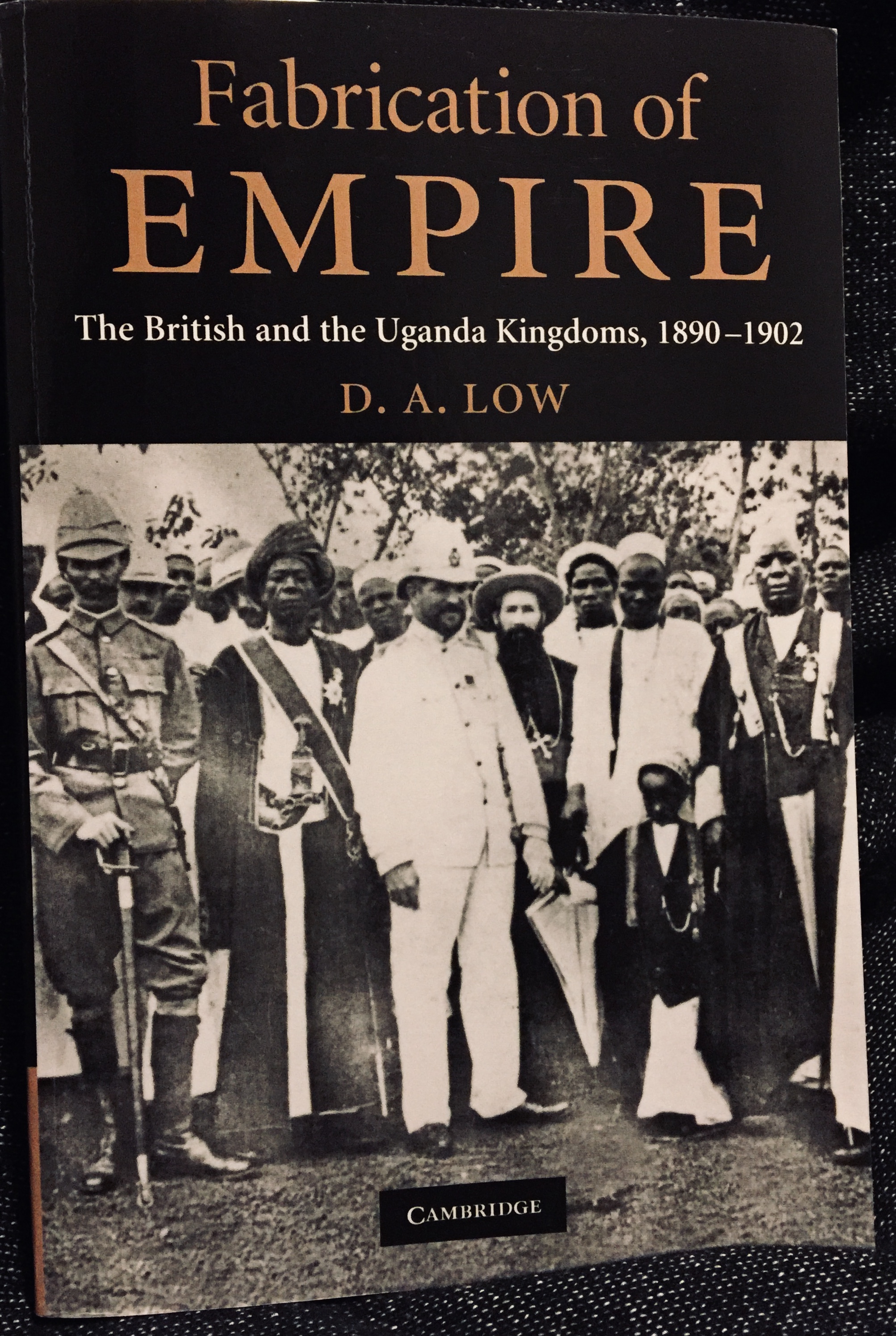 This book’s title could well have been “How Uganda came to be.”  D. A. Low, who taught at Makerere University College, Uganda, from 1951 to 1958, presents an excellent account and analysis of the formation of the post-1900 kingdoms of Ankole, Buganda, Bunyoro, Busoga and Toro. These formed the core of what became the Uganda Protectorate.

Professor Low explains how these kingdoms (as we knew them before they were abolished by President Milton Obote in 1967) were patched together by the British through forced amalgamation of various chiefdoms and kingdoms. This is a work that brings together what one has read in different publications, presenting the information as an integrated account of how the British conquered the Africans in this region with, mostly, the agency of the Africans themselves.

The chapter on the 1902 visit to Britain by Sir Apolo Kaggwa and Ham Mukasa is fascinating. Whereas Ham Mukasa’s account of the visit in Sir Apolo Kaggwa Discovers Britain (or in Uganda’s Katikkiro in England: being the official account of his visit to the coronation of His Majesty King Edward VII) is celebratory and full of awe, Professor Low reveals Imperial Britain’s purpose for the excellent hospitality and countrywide tour extended to the visitors from Buganda. The “shock and awe” was designed to display British industrial and military might.

“In the armoury of colonialism, ‘awe’ could be a peculiarly potent weapon,” Low writes. After their visit, there could be no question of the Baganda attempting any further revolts against a country and people whose wonders Mukasa himself repeatedly acknowledged to “never cease to amaze.”  Low writes: “Hegemony tempered by honour left awe greatly reinforced.”  This is a line that ought to be on the desks of Africa’s modern rulers as they interact with post-colonial imperial powers. Very highly recommended.