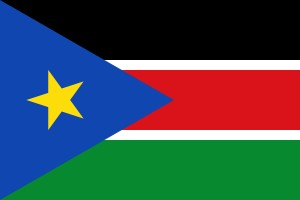 South Sudan is located in East-Central Africa, north of the Equator, astride the River Nile. It is a land locked country bordered by Central African Republic and Congo in the west, Sudan in the North, Ethiopia in the East, and Kenya and Uganda in the South.

South Sudan Uganda is roughly the size of the Canadian province of Saskatchewan. Its verdant southern highlands gently slope to the central and semi-arid plains in the north. The White Nile flows north through the middle of the country.