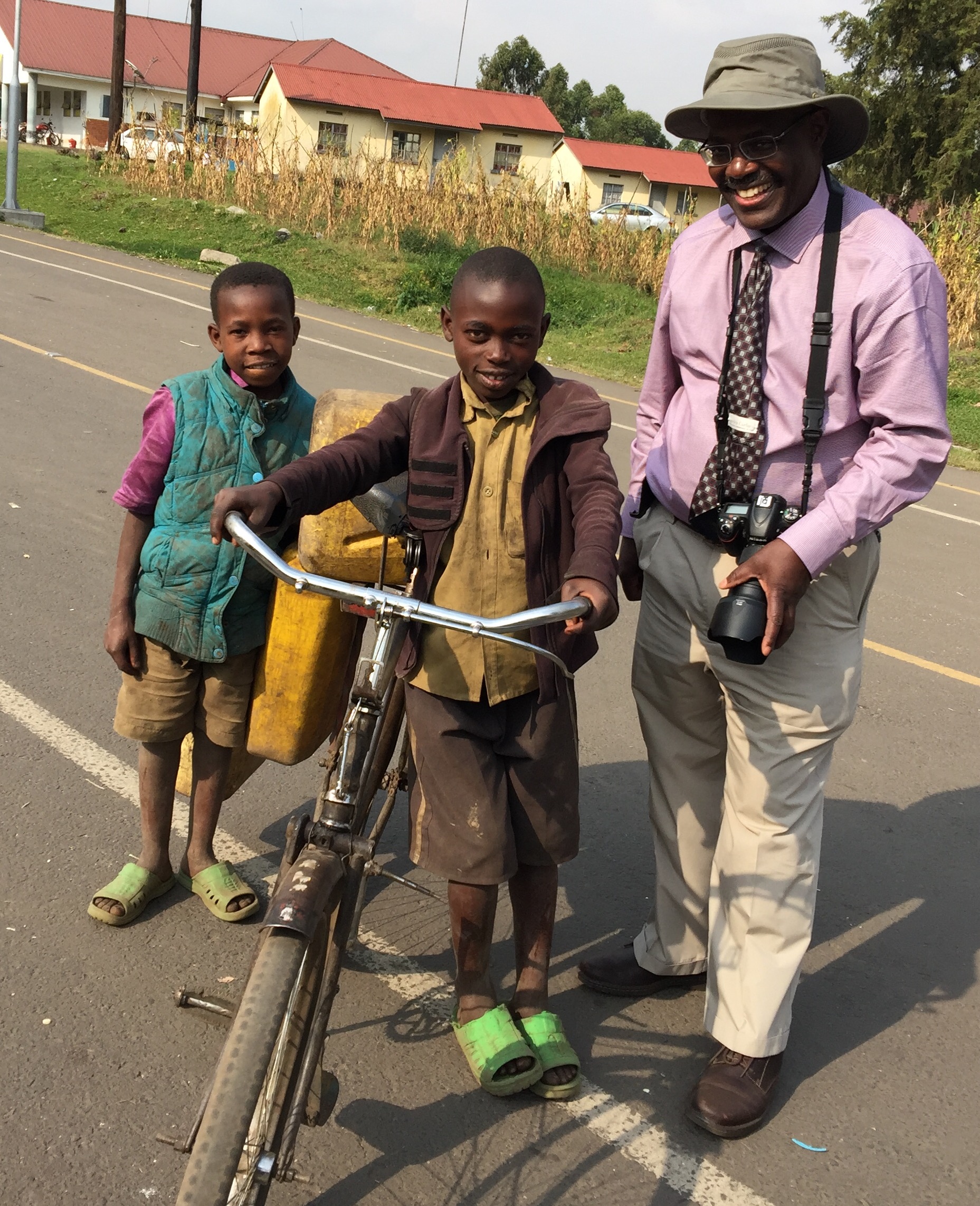 In January last year, on a visit to my ancestral home in Kahondo-ka-Byamamarembo, I invited my cousins to join me on a climb of the rugged, rocky mountain that towers above Nyamitooma village, the burial site of Rakeiri Keiramibwa, my maternal grandmother. More than fifty years earlier, it was on this mountain, called Nyamiko, that my brothers and I had honed our skills in grazing goats, roasting potatoes, throwing rudimentary javelins and rolling rocks down the steep slopes and cliffs.

With nimble feet and high-octane energy propelling us up the mountain as though on an easy sprint, we would take our goats to the summit, then down the other side of the mountain, joining other goatherds and shepherds from a large community in the valley we called Kishuro. They called it Gishuro. We spoke Rukiga-Ruhororo. They spoke Kinyarwanda. We understood each other. That they were from Rwanda and we from Uganda was completely irrelevant. We were one.

On a hill across the ridge that overlooked Gishuro, was a homestead that belonged to Mr. Mariiro, a famous medicine man who served the health needs of people from Rwanda and Uganda. The governments in Kampala and Kigali probably did not matter to him, just as they were irrelevant to the goatherds who ignored the European-imposed border along the mountain ridge.

As we stood at the summit of Mount Nyamiko, enjoying the spectacular terrain of northern Rwanda, my cousins and I reminisced about our years of youthful innocence, the many Rwandan refugees that we had hosted in our homes, and our origins in Rwanda, barely two centuries earlier.

One of my cousins pointed out that little had changed in the area, except that Professor Mariiro’s homestead had disappeared following his death many years ago. Some of my relatives continued to till their ancestral land that happened to be on the Rwandan side of the border. A few offered their skills and other services to people in Gishuro, Rwanda, without any bureaucratic obstacles or any feeling of foreignness.

Likewise, people from Rwanda freely travelled to and from Kahondo, exchanging goods and services without restriction.

I witnessed similar freedom of movement and trade at the Uganda-Rwanda border post at Kyanika, a short drive from Kisoro. Rwandan kids who had come to fetch water in Uganda were utterly oblivious about issues of sovereignty and restricted interactions between similar peoples.

My people – from both sides of the border –enjoyed a peaceful federation, unbothered by the debates and other elite struggles in Arusha and East Africa’s capital cities. They were happily living the dream of an East African Federation that the romantics had first mooted more than 60 years ago.

Two weeks ago, we drove to the Uganda-Tanzania border at Kikagati, where we were warmly welcomed by the Tanzanian immigration officers. We spoke Rukiga-Runyankore. They spoke Runyambo. We understood each other very well. They allowed and encouraged us to drive around the border area, to interact with our people and enjoy “our country.”

We met a young and very friendly Tanzanian woman who informed us that her parents had migrated from Kigyezi. We drove 60 km south to her home in Kishanda, where her we found her father, whose origin was Kanywero, Mparo, Rukiga!  He spoke a hybrid of Rukiga and Runyambo. His wife, a Mukiga who was born in Kabuyanda, Isingiro, Uganda, acknowledged that though she was Tanzanian, she remained Ugandan at heart.

Another man, who had migrated from Bubaare, Rubanda, Kigyezi in the early 1960s, informed us that there were “a million Bakiga” in the area. There was a sub-county called Rukiga and we saw schools with names like Kihanga, Nshunga, Ibanda, Isingiro and Kibingo.

Back at the border, we noted very easy movement of pedestrians across the bridge over the River Kagera, the natural border between Uganda and Tanzania. The Tanzanians did their shopping in Uganda – as it should be.

This past weekend, we drove up the highway from Fort Portal to Bundibugyo, just to take in the gorgeous terrain of the Rwenjura Mountains of the Moon. We ended up at the Busunga Border Post where a very friendly Uganda Police Officer encouraged us to walk over to the Congo Free State side of the River Lamia that is the natural boundary between the two countries.

It was impossible to tell who was who without asking. Dozens of people were doing laundry and taking baths in the river, oblivious to the imaginary boundary that cut across the water.  Traders were ferrying goods in both directions, apparently unhindered by modern bureaucratic inconveniences like customs and immigration irritants. It was a relief to see free trade in action, and people with a shared ancestry engaging in life as it should be.

A group of young boys, playing on the Ugandan side, told me that they were Congolese and had just come over to play with their friends. A couple of inebriated men joined us, one of them volunteering his tourist guide services. The Ugandan police officers chased him away, for they suspected that he was after my camera, not my insatiable curiosity. 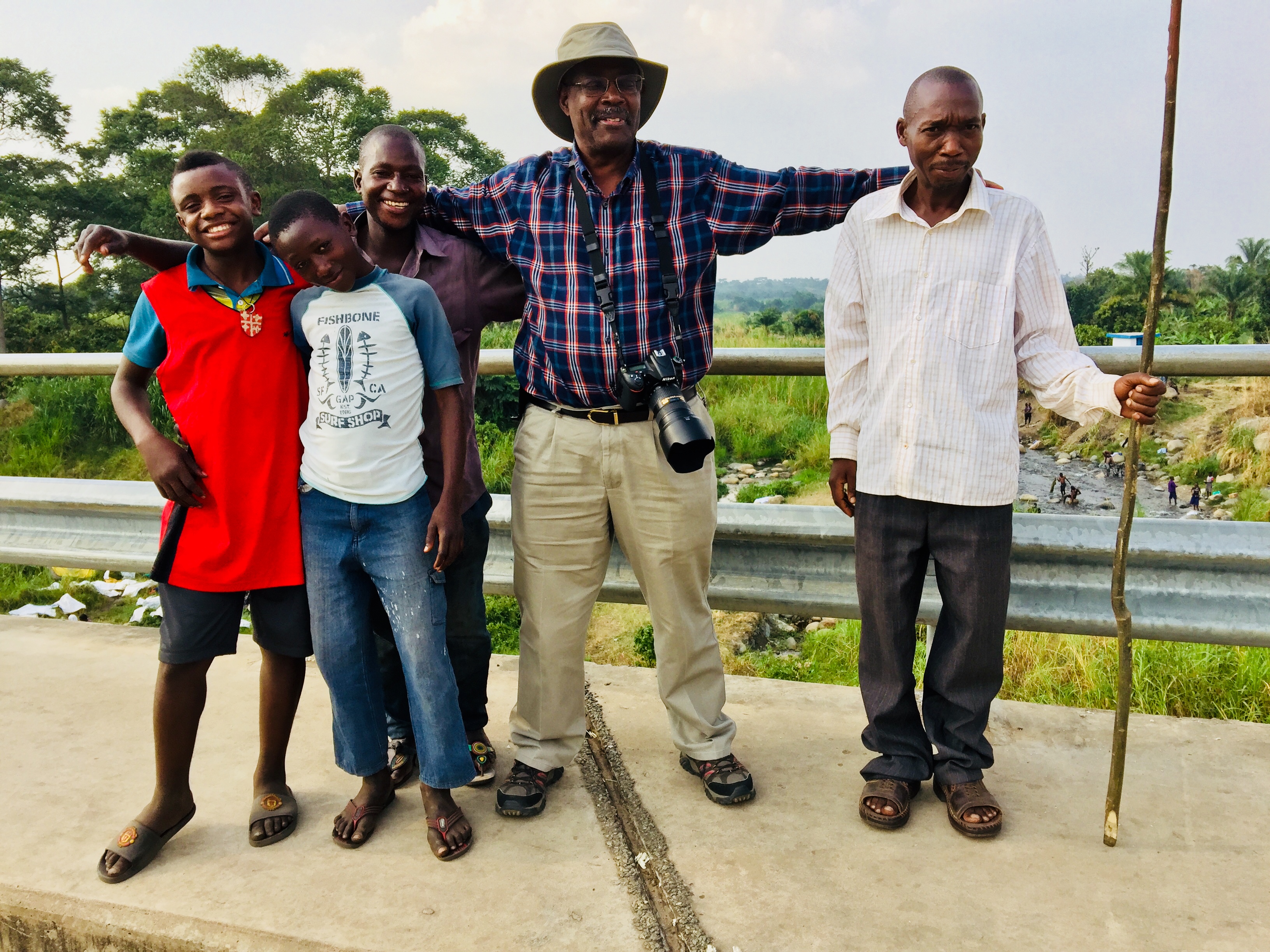 A Ugandan man, walking with the aid of a stick, told me he was going to visit some friends in Congo.  I stood across the border, marked by a deep groove in the concrete on the bridge over the River Lamia. With my left foot in Uganda and my right one in Congo Free State, we took pictures and then exchanged a universal symbol of the oneness of humanity – smiling straight from our hearts as we bade each other good bye.

As we drove back to Fort Portal, one thought and question remained alive in my brain. Are the elite residents of Africa’s state houses, national and regional parliaments in sync with the citizens?

One Response to “Borderless living at Uganda’s borders”