Back to the future: Journey from WK to Makerere- By Prof. Greg Lebona 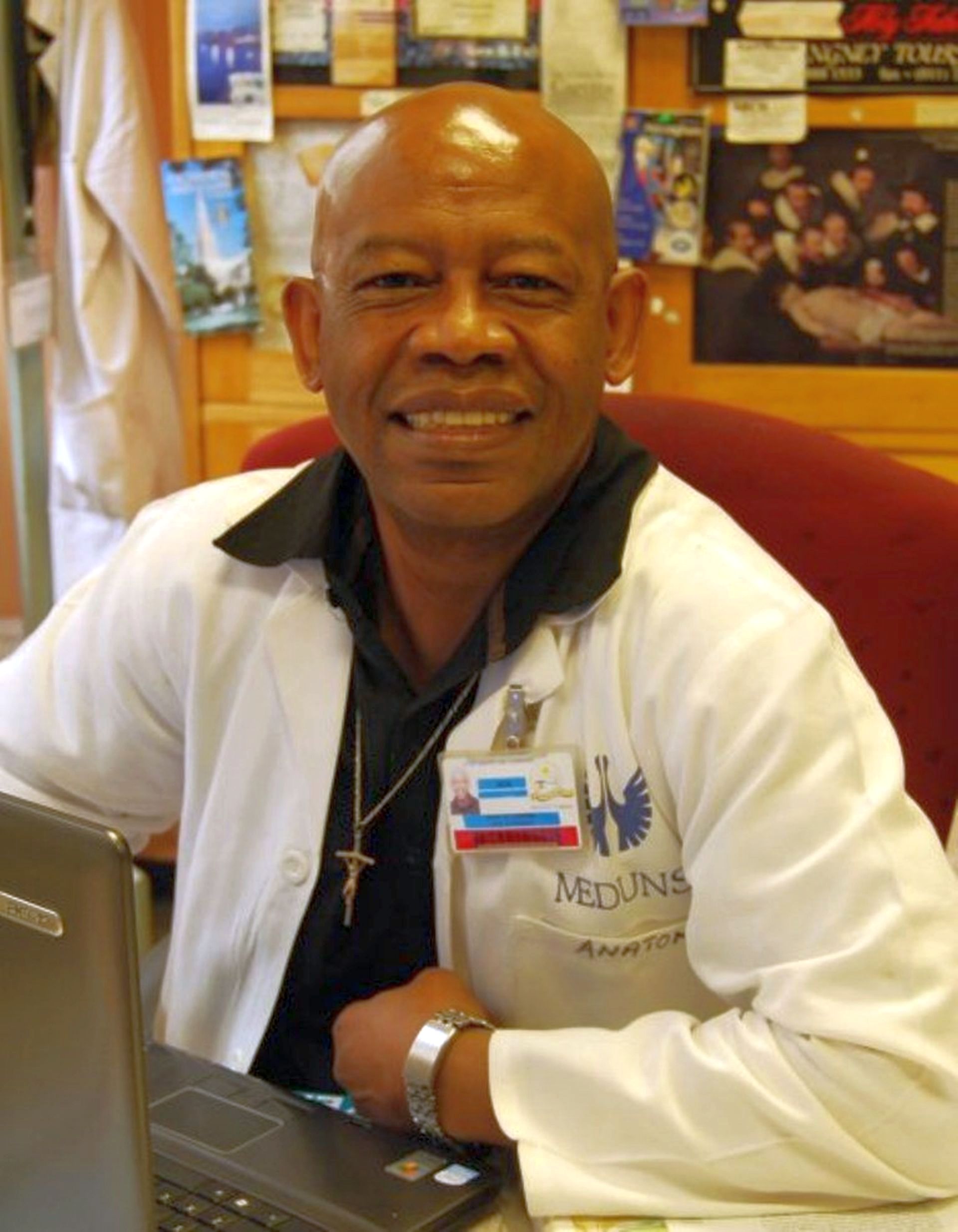 End of term, December 3 1970, 10.30 am; the parking lot was bubbling with excitement as pupils exchanged goodbyes. My younger siblings, Veronica, Andrew & I were waiting for our mum to fetch us. The familiar 7-hour drive to Maseru, Lesotho would be my very last. With a lump in my throat, I bade farewell to Waterford Kamhlaba, Mbabane, Swaziland, my home for the past two years, the last time I would gaze at the black & white buildings till 18 years later (forgive me but I don’t particularly like the present yellow colours).

Earlier in the morning, I had made an entry in my diary: 3rd anniversary of the world’s first human heart transplant and paged through One Life, autobiography by Professor Chris Barnard who performed the ground-breaking operation at Groote Schuur Hospital, Cape Town. I had received the book two years earlier, 16th birthday present from my dear mum, signed by the author himself: To Gregory, best of luck in the future, Chris Barnard.

I was more than ever determined to follow in my father’s footsteps and study medicine. I had just written my A-Levels and thought I did reasonably well. Our scripts were sent to Cambridge, UK for marking. No wonder it took so long waiting for the results. When they were finally released, I was flattered: A in Zoology, A in Chemistry, B in Physics, 1 in General Paper. Far better than I had expected!

I had applied to Makerere University in Kampala, then regarded by the World Health Organization (WHO) as the best medical school in Africa. The WHO had awarded me a merit scholarship. For the next 6 months I worked as a ‘temp’ in the laboratory at Queen Elizabeth II Hospital, Maseru Lesotho, analyzing blood, urine and stool samples. Not your cup of tea, but it provided some welcome pocket money and invaluable experience that would come in handy in the third year of my medical studies.

Since primary school, I was fascinated by Uganda, its history and its amazing people. Mum would often relate her experience of Kampala visiting her childhood friend, Aunty Alexandria ‘Lexie’ Lubogo, on her third leg of a 6-day journey from Southampton in England to the Vaal Dam in the Transvaal on her return from the USA in 1955. The sight of a gigantic ‘flying boat’ landing on the shores of Lake Victoria at Entebbe must have been fascinating for the local fishermen, such was air travel in those years.

Aunty Lexie was the daughter of Prof DDT Javabu, professor of African languages and the first Black professor at the University of Fort Hare, South Africa. She had met and married David Lubogo, a notable alumnus of King’s College Budo and later Judge of the High Court of Uganda, when they were students at Fort Hare.

The long-awaited news of my admission to Makerere came in June, 1971, in a telex wire notifying me of the start of the academic year on 1st July 1971. Before I could get over my excitement, I was at JBM Hertzog Airport, Bloemfontein, saying goodbye to my parents who I wouldn’t see for a whole year. The first leg of my journey to Jan Smuts Airport, Johannesburg on SAA Viscount was a re-run of previous trips to Rhodesia (now Zimbabwe) during my ‘O’ Level years but the BOAC VC-10 flight to Embakasi Airport, Nairobi was sheer delight. Contrary to my expectations, the entire East African Airways DC-9 flight deck and cabin crew from Nairobi to Entebbe was entirely Black, my first of many cultural shocks….no one had briefed me that Africans could fly planes!

Disheartening news awaited me on my arrival at Makerere University. My name on the WHO scholarship list was missing. I would discover that it had been withdrawn on the instructions of a health official in the Lesotho Government. I couldn’t understand why I had all of a sudden been denied an opportunity to fulfil my dream. Ironically, none of the candidates who were recommended for WHO scholarship by the government met the minimum requirements for admission to Makerere Medical School which apparently didn’t go well with officials in the department of health. Only later did I learn that my father who was Acting Permanent Secretary of Health at the time had seemingly rubbed someone higher up in the ministry the wrong way and I became a sacrificial lamb in a vendetta launched against him. Nothing new I guess, such were the politics of petty jealousy that still continue today.

Considering the huge expenses involved in medical training, and with no alternative sponsorship, I was advised by the university authorities to enrol in the less expensive BSc course which my parents paid for with the hope that I would be reconsidered for the WHO scholarship the following year.

Needless to say, with great determination I passed all my First Year subjects – Physics, Chemistry and Zoology – with flying colours. By the grace of God, at the end of June 1972, I was reinstated by the WHO as a result of the personal intervention of WHO Representative to Uganda, Dr Cummings to whom I will always be grateful, and was once again admitted to study Medicine and pursue my goal, and put all the hurts and disappointment of the previous year behind me.

The next best thing, our 1st year MBChB class was welcomed in July 1972 by the Dean of the Medical School, a British-trained physician and former Head of Preventive Medicine, Prof JSW Lutwama, an academic of great stature. He was to be one of the many black professors who would mentor me during and after my studies. As for my classmates, I could have never asked more from such warm and caring friends. In Waterford, I interacted with everyone irrespective of colour. In Uganda I would learn to extend that philosophy across the cultural divide.

In my first year, a fellow Wandegeyan (a resident of University Hall) and close friend invited me to his home upcountry for a weekend. After a 6-hour journey on a bumpy, dusty road, we arrived at a village in the middle of nowhere outside Gulu in Acholi District. I was warmly welcomed by his elderly parents and 13 siblings! My thoughts ran deep as I slept on a mat on the floor of a mud hut….no running water, no inside toilet – another cultural shock! My friend offered neither apology nor explanation. He was the first from his village to complete primary school and for him poverty was nothing to be ashamed of. All he could offer was hospitality that went beyond luxury and comfort, a simple lesson in humility. In later years, he would take up a professorial position in Law at Stanford University, California.

What about the Downs? The country was under Idi Amin’s military rule. The General (sorry Field Marshal) had taken power on 25th January 1971 through a ’bloodless’ coup d’etật. With time he would unleash his blood-thirsty hounds and expel 90,000 Asians with 90 day’s deadline by the end of 1972. Meanwhile, deposed Milton Obote plotted insurrection from neighbouring Tanzania but his poorly-equipped invading force of former soldiers and supporters would be ruthlessly annihilated. All those captured were tried by court martial and summarily executed by firing squad in communities where they were born and raised. Those from Kampala met their fate at the area around the Clock Tower ‘round-about’ in the centre of the city, a spectacle witnessed by hundreds of people including myself, some of us clambering to the top of buses to get vantage point….hard to explain my attendance, perhaps a mixture of curiosity and brashness of youth and adventure, but the scene remains vivid in my memory and still haunts me today.

The ‘Ups’ by far outweighed the ‘Downs’. I graduated MBChB in March 1977 & left Uganda with fond memories. Internship at Edendale Hospital in Pietermaritzburg 1977/78, Medical officer post in Maseru 1978/79 and Orthopaedic residency at King Edward VIII Hospital, Durban 1979/82 would follow, each a gratifying experience. I joined Anatomy Department of Medical University of Southern Africa, Pretoria (now Sefako Makgatho Health Sciences University) as Lecturer in 1982 where I obtained a Master’s degree in Medical Science and studied for a Doctorate and presently hold a professorial position. By the Grace of God, so many opportunities came by in the form of exchange programs and sabbaticals at University of Nottingham, Cambridge University, Sapienza Università di Roma and Marshall University Huntington, West Virginia.

I got married in 1986 (hung in there for 16 years!). My 30-year-old daughter, ‘Palesa’, a joy of my life graduated B Com (Marketing Management) in 2009, completed B Com Honours (Logistics) in 2012, and Master of Fine Arts (Filmmaking) in 2016 at New York Film Academy in Burbank, Los Angeles. I share my life with an incredibly loving and caring soul mate, Veronica Malan-Lebona.

I have since reconnected, thanks to social media, with a number of my former classmates, in the past 6 months, and we all look forward to catching up with one another at our ‘Class of 1977 Reunion’ in Kampala in November 2017, my first visit in forty years. My wife is equally excited as it will be her first visit to East Africa!

8 Responses to “Back to the future: Journey from WK to Makerere- By Prof. Greg Lebona”