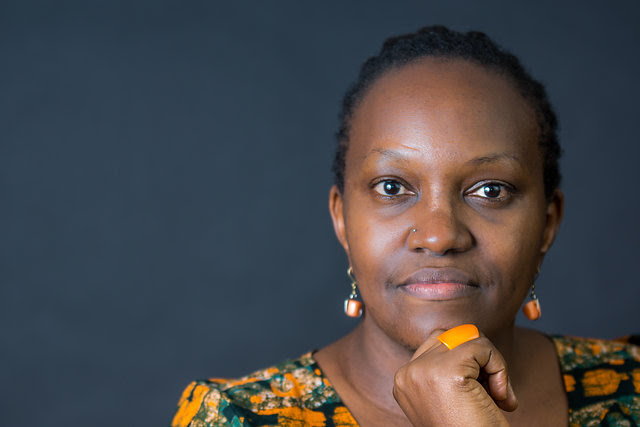 Jackie Asiimwe, a lawyer, is the Uganda Country Manager of Wellspring Advisors, a US based philanthropic advisory firm.

A Mukiga of the Baheesi ba Kinyagiro of Kabale, Kigezi, Jackie is the first born of Rev. and Mrs. Benoni Mugarura Mutana. Jackie studied at Gayaza High School, the oldest girl’s secondary school in Uganda. She went to Makerere University as a state scholar, meaning that because she passed her A levels very highly, the government paid her a stipend while she was at university.

Jackie studied law at Makerere and obtained a diploma in legal practice at the Law Development Center in Kampala. She then did her Masters in Law at Georgetown University Law School in Washington, DC.

Jackie is not just a lawyer, but an activist too! She worked for some of Uganda’s leading women’s rights organizations including The Uganda Association of Women Lawyers, Action for Development and Uganda Women’s Network. Jackie mostly worked to promote and defend women’s equal rights in marriage, women’s land rights, as well as fight against violence against women.

Before her current appointment, Jackie worked briefly at the Justice Law and Order Secretariat as the Criminal Justice Advisor, followed by work as the Deputy Program Manager of a European Union, Civil Society Capacity Building Program.

Jackie is passionate about her country and about her citizenship. She does a lot of work around educating people to appreciate their citizenship and to be active citizens in their country.

Jackie loves the outdoors. Her images of her latest conquests on various outdoor trails are very inspiring. In 2015, she climbed three of Uganda’s highest mountains – Rwenzori, Elgon and Muhabura. She also did a 6-hour hike in Uganda’s largest forest – the Mabira Forest and went bungee jumping and wild water rafting on The Nile.

Last but not least, Jackie loves reading books, a gift that comes through in her writings. Jackie has two boys of her own and is married to Dr. Peter Mwesige. They live in Kampala.