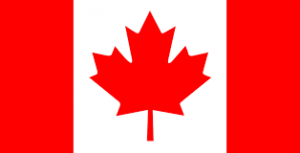 The Rocky Mountains run north south in the western part of the country. From the mountains of British Columbia and Alberta, through the vast prairies of Saskatchewan and Manitoba to the undulating hills and valleys of Ontario, Quebec, New Brunswick, Prince Edward Island, Nova Scotia and Newfoundland and Labrador, Canada’s ten provinces are endowed with extraordinary beauty and natural wealth. The Yukon, Nunavut and Northwest Territories are arguably the most beautiful parts of the country, a tourist’s and photographer’s paradise.

Canadian weather is — well, Canadian weather. It is beautiful all year round, with the distinct four seasons – Spring, Summer, Fall and Winter experienced in the entire country. Winters can be very cold and beautiful. Spring is beautiful, with new leaves and flowers bringing smiles as one looks forward to the warm summer  full of outdoor activities. The colours of Fall are breathtaking, with many considering it the best time of year. However, at any given time the weather varies so much across the country that it is best that you check with Environment Canada right here.